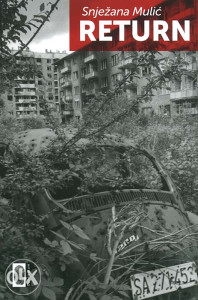 A powerful new novel follows the fortunes of five Bosnians, trying and not always succeeding, to find their way home.

Safet, Amela, Bruno, Azer and Slobodan are all Bosnians. Of different ethnic and religious backgrounds, they’re all leading the same, sad refugee life. Because of the war, or, as one of them says, “because of the wrong name,” they have had to leave behind houses, memories, friends and all the other small things of which life is made. They want them back. Trapped in a maze of bureaucracy and lost in transition in a country where people believe laughing too loud must end in tears, they are searching for a reason to continue with their lives. “Povratak”, which means “Return”, is a new novel by the Sarajevo-based writer Snjezana Mulic, who spent most of her earlier professional career as a journalist, during which time she became well known for writing reportage. As a fiction writer, she knows to play with words to capture a moment almost photographically. It is as if the reader can see the pictures coming out of her stories. She employs that same skill in this book, in which she follows the steps of five people, all trying to return home. We meet Amela Filipovic, who left her house in the suburbs of Sarajevo and who, before she left, vacuumed everything, wiped the dust from her books, left plastic flowers in a vase in the living room, and splashed on some perfume. “With admiration, she looked over her home one more time, then locked up and left a key under the doormat (so they don’t have to break in, if they come, she thought) and while sobbing, left with two bags in her hands.” We meet a family from Foca who “slept with their eyes wide open” for seven days before leaving the town for good, and Bruno, a young carpenter from Nova Bila, whose father told him at the beginning of the war that he if he wanted to avoid being drafted into the army he should start making coffins instead of furniture. We meet Azer, who escaped from one part of Mostar to another and who now lives with his family in one room and whose wife dreams about her white curtains and the smell of lavender. “She used to warm herself during the long nights in rainy Mostar with those dreams, feeling a smell that was stronger than gunpowder… Those memories were the strongest bullet-proof jacket or helmet one could have in life.” One of the characters in the book, trying to deal with various administrative hurdles without success, pronounces what many people in Bosnia say today: “The war was better. It was easier to think about how to survive than to think about how to live.” “Over 70 per cent of households in Scandinavian countries and North America use the Internet, rich men are giving property on the moon as gifts to their lovers, people are planning vacations in space shuttles orbiting the universe, woman are filling their faces with Botox, and surgeons can now operate only with a mouse and computer, as far as a thousand kilometres from their patients,” the book says towards the end. In some parts of Bosnia and Herzegovina people have pools, go to saunas, drive fancy cars and travel to Dubai, Abu Dhabi, Tunis, but our heroes are still in a time machine, somewhere in 1992. This is a book to read in one breath. Far more than most writers, Mulic has the power to enchant her readers, and make them hold their breath, so that they don’t exhale until they’ve reached the last full stop. 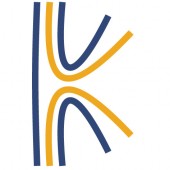